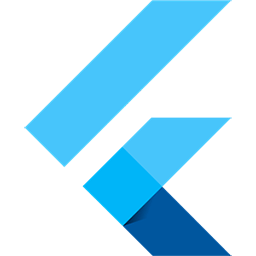 Flutter is an open-source UI software development kit created by Google. Flutter allows developers to write Android and iOS application in Dart. Flutter can be installed on any desktop computer and server that runs Linux, macOS or Windows. The SDK provide developers with a great developer experience with hot reload, that allows for quick iterations and a quick development workflow when building UI's, adding features and fixing bugs.

Ionic is an open-source mobile app development framework that makes it easy to build high quality native and progressive web applications. The Ionic Framework takes advantage of power and flexibility of Angular to enable developers to build production-ready applications in a way that feels familiar. The Ionic Framework is released free and open-source under the MIT License, but the company behind the framework also provides the Ionic Enterprice Platform which enables large organization to launch enterprice-grade applications faster to the cloud.

Apache Cordova is a mobile application development framework that enables developers to build hybrid web applications for mobile devices using CSS3, HTML5, and JavaScript. Instead of relying on platform-specific APIs, Apache Cordova allows you to build your application once, and ship anywhere.

With Vue Native you can build iOS and Android application utilizing the Vue JavaScript framework. Vue Native provides a cross-platform UI library that makes it easy to create quality app that can be bundled and released for mobile devices. The framework can act as an ideal starterkit providing all the necessary UI elements for your next Vue-powered mobile project.

Qt includes everything you need to build cross-platform applications that run on various software and hardware platforms such as Linux, Windows, macOS, Android or embedded systems with little to no change in the underlying codebase. Qt is released open-source under the GNU Free Documentation License, and provides a commerical offering for enterprises.

Haxe is an open-source, high-level, cross-platform, multi-paradigm programming language and compiler. Haxe allows developers to build applications with a single code-base, that can be utilized on many different platforms. The compilers allow developers to build games, web, mobile, desktop, command-line and cross-platform APIs targeting JavaScript, C++, C#, Java, JVM, Python, Lua, PHP, Flash. Haxe is developed and managed by the Haxe Foundation and released fully free and open-source under the MIT license.

NativeScript is an open-source framework that you can use to develop mobile apps on the Apple iOS and Android platforms. The framework is developed and released by Progress, a software development company providing a wide range of SaaS-based products. NativeScript apps are built using JavaScript, or by using any programming language that transpiles to JavaScript, such as TypeScript.

Do you know of more Flutter Alternatives?

In this list you find Flutter Alternatives for various platforms. All alternatives are generated by people like yourself. No AI, machine learning or randomness is used to list and rank the best alternatives for Flutter.