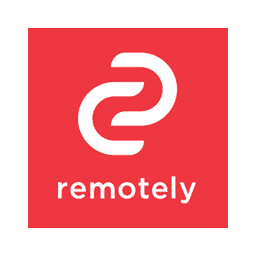 Remotely is an all-in-one remote access software. With Remotely you can instantly connect to remote desktops either unattended or by invite, where invites are started from a single-file, portable executable that's easy for customers to download and use. Remotely also allow you to do remote scripting so that you can save time on quick fixes and ad-hoc scripting with an interactive console that lets you execute commands against multiple remote machines simultaneously, with instant results. Written with rich auto-complete for PowerShell Core, Windows PowerShell, Windows CMD, and Bash increases speed and accuracy of commands.

UltraViewer is a remote control support software. With UltraViewer you can control a partner or customers computer and support the as their a sitting in front of their own computer. UltraViewer also allow you to chat with the computer you are connected with, by pressing a hotkey a chat window pops up that can be used to further communicate the support session. You can also send and receive files between the connected computers to further enhance the support capabilities. UltraViewer has been downloaded over 40 million times and run as a freeware on Window XP, Window 7, Window 8, Window 10, Window Server.

TeamViewer is a software that provides remote control of computers, desktop sharing, online meetings and web conferencing all in one application. The software is used to support, assist and collaborate with people remotely between computers. TeamViewer is available on all major platforms and operating system such as Android, iOS, Linux, MacOS and Windows.

Over 300+ million people use AnyDesk for remote work and collaboration. AnyDesk is a software that provides secure and reliable remote desktop connection that allows users to share screens and operate each others computer over an internet connection. With AnyDesk it's easy to collaborate with people across the globe or provide clients with IT support via remote access.

Zoho Assist is a remote support and access software that helps you provide support to customers from a cloud-based remote console. Zoho Assist works well with all major proxies and firewalls, and your data s secured by industrial standard end-to-end SSL and 256-bit AES encryption. Allowing you to rest assured that all connections made with Zoho Assist is secure. Major global brands use Zoho Assist for IT support and secure remote access to customers, clients and internal teams.

Join.me is a screen sharing, online meetings and team collaboration application. With join.me you and your team can collaborate on projects over audio and video conferencing by phone or internet (VoIP) in real time. Join.me is perfect for remote work and let's team come closer togher.

AeroAdmin is all-in-one remote desktop software that gives you full remote computer control including unattended access, simultaneous remote connections from and to a single computer, file transfer and the ability to connect to an unlimited number of endpoints. With AeroAdmin you can easily setup a remote desktop connection in the matter of minutes. Allowing you to connect and assist or collaborate with co-workers, friends and family through screen sharing and remote access.

With GoToMeeting you can meet and collaborate effortlessly with co-workers and friends. GoToMeeting empowers your remote workforce, while keeping your business safe and secured. Allowing work to be done anywhere, at any time, on any device, your organization needs a virtual meeting platform built for better business.

TurboVNC is a derivative of VNC (Virtual Network Computing) that is tuned to provide peak performance for 3D and video workloads. TurboVNC was originally a fork of TightVNC 1.3.x, and on the surface, the X server and Windows viewer still behave similarly to their parents. However, the current version of TurboVNC contains a much more modern X server code base (based on X.org 7.7) and a variety of other features and fixes not present in TightVNC, including a high-performance Java viewer. In addition, TurboVNC compresses 3D and video workloads significantly better than the “tightest” compression mode in TightVNC 1.3.x while using only typically 15-20% of the CPU time of the latter. Using non-default settings, TurboVNC can also match the best compression ratios produced by TightVNC 1.3.x for 2D workloads. Furthermore, TurboVNC contains some unique features that are designed specifically for visualization applications.

TigerVNC is a high-performance, cross-platform implementation of VNC (Virtual Network Computing). The TigerVNC client/server application allows you to launch and interact with graphical applications on remote machines over the internet or a local network. TigerVNC provides the levels of performance necessary to run 3D and video applications, and it attempts to maintain a common look and feel and re-use components, where possible, across the various platforms that it supports. TigerVNC also provides extensions for advanced authentication methods and TLS encryption.

With Chrome Remote Desktop you can remotely connect with and share your screen with others. Allowing you to Securely access your computer whenever you're away, using your phone, tablet, smart TV or another computer.

With GoToConnect, organizations can run their business virtually. GoToConnect provides an all-in-one package with VoIP, phones, video conferencing, text and chat. The software allows people to collaborate seamlessly through a single application on desktop or mobile.

Do you know of more Remotely Alternatives?

In this list you find Remotely Alternatives for various platforms. All alternatives are generated by people like yourself. No AI, machine learning or randomness is used to list and rank the best alternatives for Remotely.