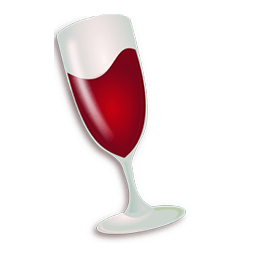 Wine is a free and open-source compatibility layer that aims to allow application software and computer games developed for Microsoft Windows to run on Unix-like operating systems, such as Linux, macOS, & BSD. Wine began in 1993 under the initial coordination of Bob Amstadt as a way to support running Windows 3.1 programs on Linux. To this day, Wine makes it easy to wrap and install Windows games and software for your favorite Unix system.

PlayOnLinux is an application which allows you to easily install and use numerous games and apps designed to run with Microsoft Windows. As few games are avalible for UNIX-like systems like macOS and Linux, PlayOnLinux playes an important role of allowing people to play games utilizing wine skins. A wrapper around Windows games and software that allow the game to be used on Linux and macOS.

Lutris is a free and open-source, Linux-based operating system developed for gaming. With Lutris you can manage your game library, and install and launch games with no setup. Lutris is integrated with GOG, Steam, Battle.net, Origin, Uplay and many other games stores. The operating system is released under the GNU General Public License and is community built, anyone is free to contribute and use the platform.

With Parallels Desktop you can run several other operating systems on your PC simultaneously. The software provides hardware virtualization for Macintosh computers with Intel processors. With ongoing support for DirectX and OpenGL, many popular games and game engines are supported within Parallels Desktop allowing people using make to make use of Microsoft Windows related products.

VMware Fusion provides a simple way to run virtual machines for macOS running Windows, Linux and other x86-based operating systems. With the use of VMware Fusion Player Desktop Hypervisors Mac users can run Windows on macOS with hundreds of other operating systems, containers or Kubernetes clusters, side by side with Mac applications, without rebooting. With VMware Fusion you can easily witch to make and bring your loved Windows applications with you.

Do you know of more Wine Alternatives?